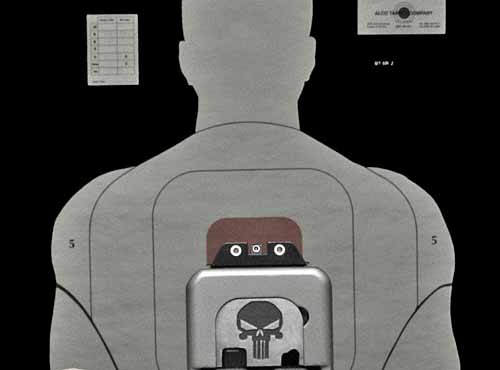 straight 8 sights vs 3 dot sights. Boy, if you ever want to start an argument in the online gun community, state one type of pistol sight is better than the other. Oh yeah, this will stir up quite the debacle with opinions backed by experience, by science, and by blowhards making their way into the online atmosphere.

The truth is there are different configurations of all kinds out there and how do you choose one over the other? Well, that’s a good question, and today we are going to address the two most popular pistol sight configurations, and finally figure out whether the present 3 dot sights are any better than the famed and well-respected Straight 8 sights.

What Are 3 Dot Sights? 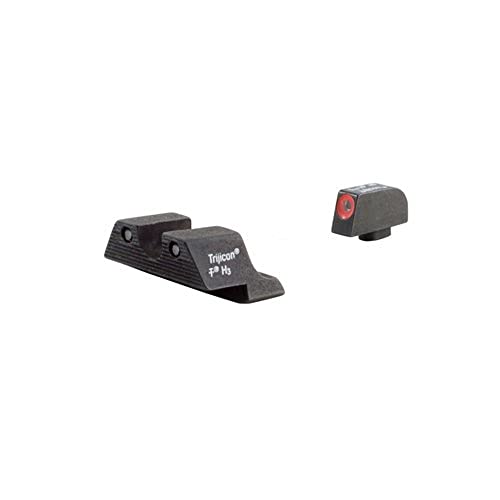 Three dot sights are easily the most popular pistol sights in the world. They come stock on the vast majority of pistols and have long been proven an effective shooting system. The name gives it away pretty quickly: there are three dots, one on the front sight, and two on the two rear posts of the rear sight. The idea is simple: line them up and shoot. More on that later, though.

Three dot sights come in a variety of different versions, including standard day sights, night sights by companies like Trijicon, and high visibility fiber optics. Three dot sights are simple to use and found on the United States military handguns.

What Are Straight 8 Sights? 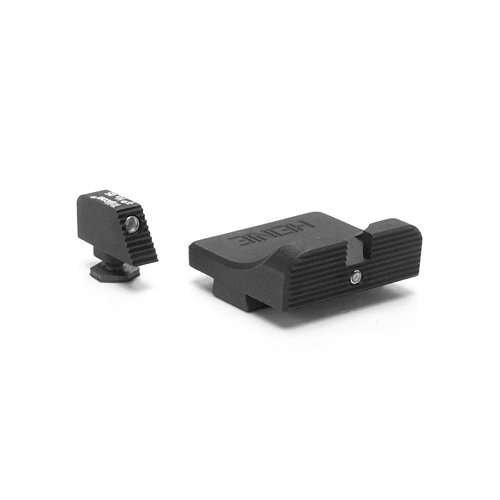 A sight company called Heinie designs straight 8 Sights, and they are the only company to produce official straight 8 Sights. However, many companies produce similar sights with different names. In the gun community, the name Straight 8 is generally applied to a variety of sights (the Big Dot XS sights [see them here] operate on the same principle).

Now that we know what the sights are and are all on the same page we can discuss the pros and cons of each. 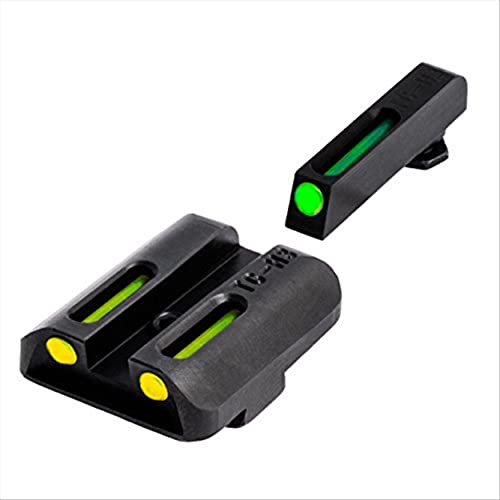 The biggest advantage of 3 Dot Sights is just how simple they are to use. For a new shooter, three dot sights are perfect to learn how to shoot a handgun. The idea is very simple to understand and quite precise. Line the three dots up in a row, and you are good to go. Because the sights are all on the same plane, you have both vertical and horizontal alignment when you take a shot.

From experience, I can say teaching new shooters how to use three dot sights is very simple. For people who don’t shoot often or are just learning to shoot, 3 dot sights are perfect. The sights are very easy to use under stress, and it’s as simple as lining the dots up in a row to hitting your targets.

One of the strengths of 3 Dot sights is the number of options available to you. Their popularity has driven a large market that makes these sights available and affordable in a number of different configurations. There are stock 3 dot day sights from companies like Glock, as well as more tactical night sights from Trijicon, and high visibility sights from Truglo. These sights are designed to accommodate a wide variety of different handguns from full size to micro-sized.

Don’t forget suppressor height sights which are a must have when using micro red dots or suppressors. 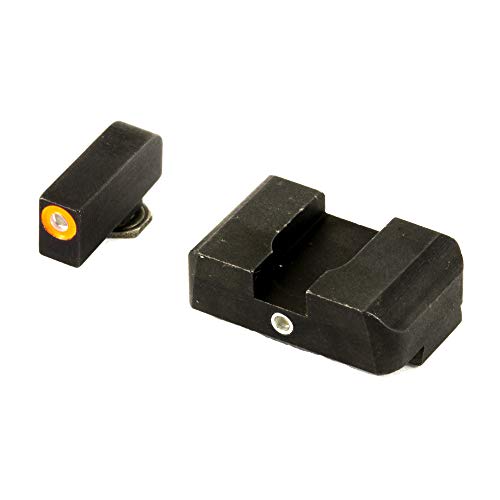 Straight 8 sights are newer and not as popular as 3 dot sights. Straight 8 sights provide addition contrast and quickly acquiring proper sight alignment is much easier in general. There is no confusion between which post is the front sight when speed is a necessity. The front sight is very clear and very easy to see. Aligning the front dot with the bottom dot is quick and perfect for combat shooting.

Because the front sight stands out, it’s very easy to reacquire after firing and easy to track while firing. This makes it easy to transition from target to target and to react to new threats. It’s difficult to confuse the lower dot with the upper dot when firing and if you do the dot is still aligned with the center of the target, your shot will be off by inches, but still on target. The simplicity of aligning two dots can be much quicker and instinctive for experienced shooters.

Straight 8 sights from Heinie are the origins 8s and a great way to go. However, other companies have adopted the concept as well, and you can find some awesome sets from companies like the Ameriglo Pro-IDOT and the massive XS Sight systems style sights. Straight 8 Sights are easy to find and typically made by premium manufacturers.

3 Dot sights are often hard to track over rapid-fire situations. One of the side posts can get confused for the front sight and throw your shot wide. 3 dot sights also take an extra moment to align and time is money in a gunfight. The addition of two other equally high dots can take the focus away from the front sight.

The biggest con is the time it takes to really learn and appreciate Straight 8 Sights. They are not as intuitive for new shooters and do require some additional training to use correctly. The different options out there are great but don’t compare in 3 Dot sight options. Additionally, straight 8 sights tend to be a little more expensive than 3 dots.

Straight 8 Sights vs 3 Dot Sights: Which Ultimately Are Better?

This is a tough call. Plenty of my guns still wear the stock 3 dot sights that they had from the factory. However, I’ve also replaced plenty of sights with straight 8 style sights. Ultimately, it’s a personal preference but I do find straight 8 sights better suited for the tasks and type of shooting I do.

Straight 8 sights are better for combat shooting in my humble opinion and ultimately one of the best options for combat shooting for handguns. In fact, once you get a hang of handgun defensive/combat shooting, there’s a very good argument to be made that you should black out the entire rear sight like what Robert Vogel does (see his sights here) so all your attention can be focused on the front sight. Good luck!