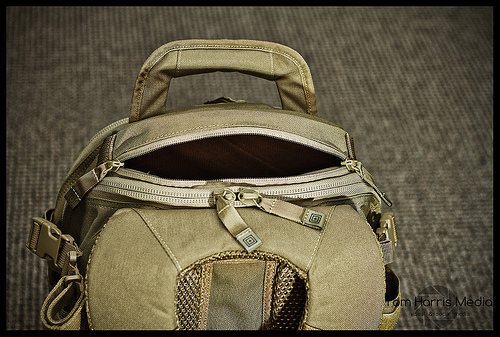 Photo by Tom Harris / CC BY

an acronym that stands for Modular Lightweight Load Carrying Equipment. It has come to serve as the definition for almost all backpacks and other types of load bearing equipment that are currently used by the armed forces of the United States and Great Britain, among a few other NATO armed services as well. MOLLE, as the name suggests, is a highly versatile backpack that uses rows of webbing, which are made out of reinforced nylon, stitched into the vest and allow all other MOLLE-compatible accessories and pouches to be attached. This system has succeeded the older but still proven ALICE system that was used previously, and is still in use with some training units.

Without a doubt, a MOLLE-type backpack is going to be your best bet for a bug out bag or backpack for tactical missions. Here are four best MOLLE backpacks on the market: 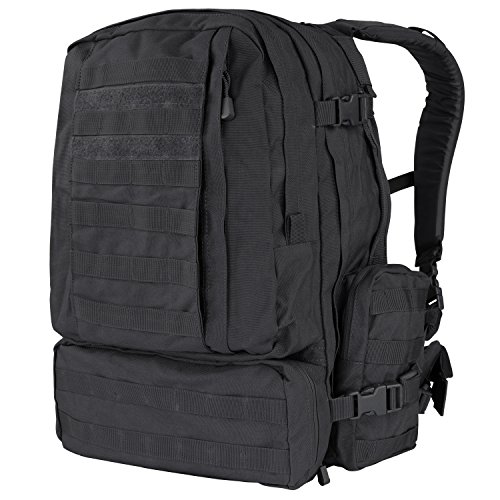 Condor is a very popular manufacturer of outdoor and tactical apparel and packs. Their Three Day Assault Pack represents their cream of the crop backpack, and it utilizes the MOLLE webbing system. The pack consists of a large compartment in the center, which also has a separate pocket to hold hydration bladders. It then consists of a second smaller compartment with pockets for radios, pens, maps, and paper; two side pockets that can hold radios or water bottles, and then a front compartment with webbing and an internal pocket. Finally, the Three Day Assault pack also includes a heavy duty carry handle, a thick, reinforced waist belt, and reinforced side and shoulder straps. It’s one of the best MOLLE backpacks period. 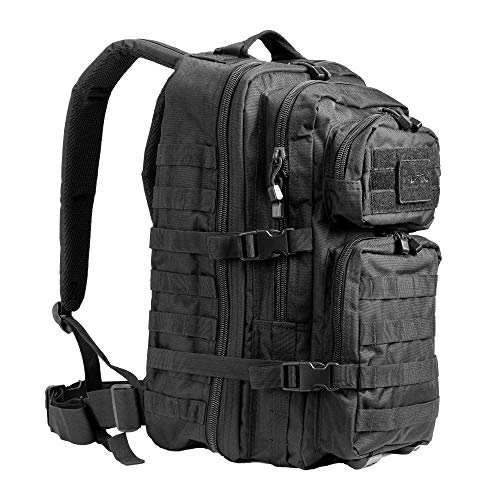 The Mil-Tec MOLLE Assault Pack is constructed out of durable 600D polyester with PVC coating and numerous MOLLE attachment points, such as D-rings on the shoulder straps and loops on the actual backpack. The backpack is divided into four separate compartments, two main ones and then two smaller ones that are located on the front of the pack. One of the main compartments also contains a Velcro pocket that has been built in and is designed to fit a hydration pack. Total carrying capacity of the Mil-Tec stands at 36 Liters, with a total weight of fourteen hundred grams. 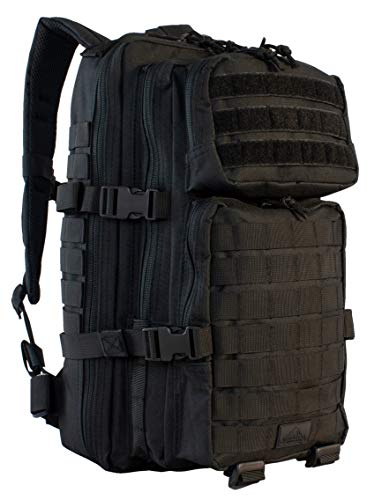 The Red Rock Outdoor Gear Assault Pack, like the Mil-Tec, also consists of reinforced polyester fabric, as well as MOLLE webbing located throughout the straps and the backpack. The shoulder straps are contoured and fully adjustable, and feature D-rings constructed out of hard plastic for attachments. There are four compression straps, all of which can be quickly released. Survival essentials can be stored in a two liter, medium sized organizer pocket on the outside. One of the best MOLLE backpacks for sure. 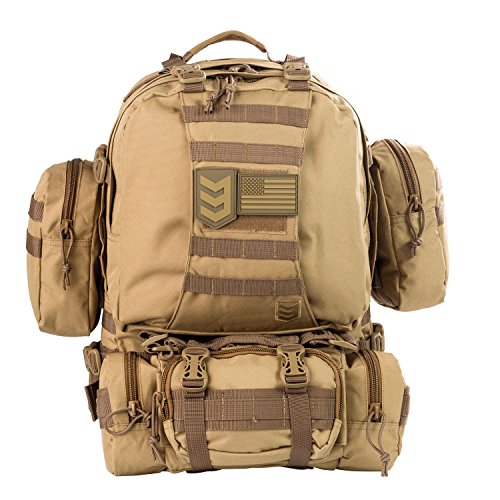 The MOLLE system has been around for a long time, being first introduced in 1997, shows no sign of slowing down. It took off following the 9/11 attacks and has seen service by the U.S military in Iraq and Afghanistan. It was during this time that many of the criticisms U.S soldiers had of the MOLLE system were corrected. Certain examples included the zippers bursting when the backpacks were stuffed too full, the frame of the backpack being too fragile and easily breakable, and that the straps lacked the strength needed to sustain the weight of the loaded pack on the user’s back.

The MOLLE system in general underwent a significant renovation in design, and the overwhelming majority of these faults were remedied. As a result, the MOLLE system is now one of the most widespread backpacks in use by military, law enforcement, and other tactical units all around the world. It also means that the four backpacks we have introduced to you are of the highest quality and are surely among the best MOLLE backpacks out there.

All in all, there are numerous benefits to using a MOLLE system. They contain numerous compartments that allow you to store small items, the hydration pack gets rid of the need to carry a canteen separately, and the strap system allows you to attach your gear that you need quickly. These are all things that the previous system ALICE lacks.

But the biggest difference that exists between a MOLLE and ALICE system lies in how the items are stored. The ALICE system utilizes small gear on the side pockets, but most of the gear is carried in the large central compartment. In contrast to this, the MOLLE system uses a series of medium to smaller sized pockets and compartments. MOLLE also uses zippers, while ALICE uses a strap system.

Many people who need a tactical backpack today will often turn to the ALICE pack because it’s typically cheaper off the shelf. It’s a fine system, but in this day and age it’s simply outclassed the MOLLE system that’s more streamlined, lightweight, ergonomic, and offers greater customization and accessibility to items. It will work well for you for tactical missions, hiking, camping, and for a bug out bag alike. This means you simply can’t go wrong with any one of the four MOLLE backpacks that we have listed out in this article.