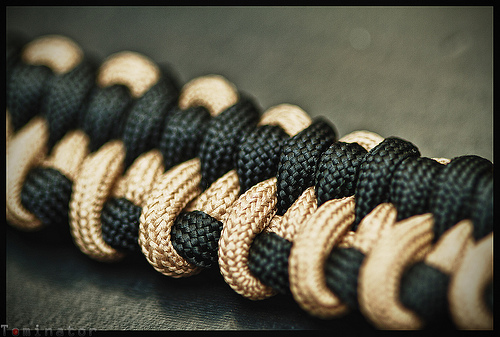 Photo by Tom Harris / CC BY

a Remington 597 sling is a no brainer. Yeah, the Remington rifle is an affordable.22 LR and .22 Magnum rimfire rifle, and some folks see little reason to upgrade their sporty little rifles. Informed shooters know that when used properly, slings improve accuracy, plus they just make it easier to transport the rifle.

While some common rifle slings are little more than basic nylon straps, or on the extreme end of the spectrum, are utterly over built and excessive for a little .22, there is a happy medium where some of the right Remington 597 slings can be found. Take a look, and remember, you won’t find cheap straps or silly mall ninja tactical slings here! (Be aware, of course, you will have to first install swivel studs on your 597 rifle [see them here] before any of the below can work).

These are our reviews for the 4 best Remington 597 slings on the market: 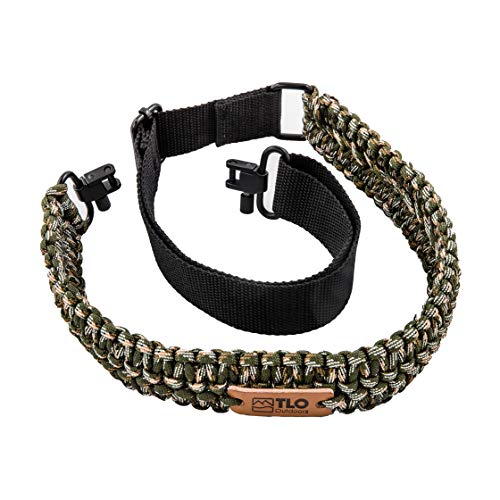 The TLO Outdoors Paracord sling is one of the best Remington 597 slings, simply because it offers several levels of utility. Now it’s true that paracord gear has become trendy in recent years, and often is “survivalist chic.” However, it’s also kind of cool looking and a bit iconic.

However, for $20 or so, it’s hard to beat this neat little sling. You’ll probably never need to tear it down for the cord, but it looks cool, and offers a positive grip when used as a sling. Worst case scenario: you’ve a basic sling at an affordable price. 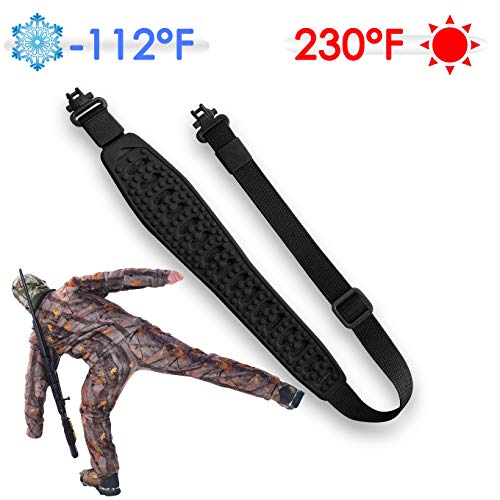 What is great abut the Blend-In Ultimate Grip Sling, is the way it is designed to not slip around on your shoulder while carrying a slung rile. Some slings can slip around, and the rifle will not only shift to uncomfortable locations, it can move around to the point where the muzzle is point in dangerous and unsafe directions. But the non-slip design of this sling minimizes and even prevents that common problem. For that reason alone, this sling is worth buying if you carry your Remington 597 in the woods a lot. 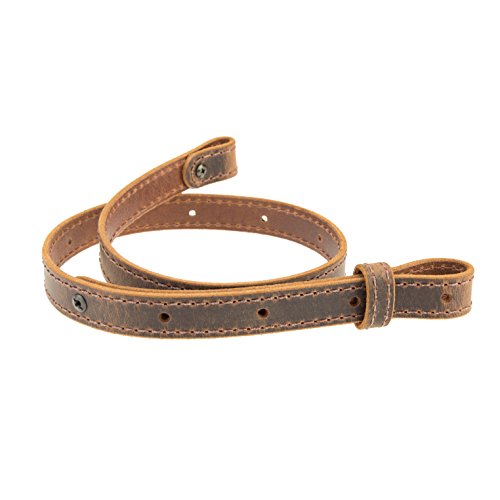 This is a fun, and affordable leather sling. While you’ll need to add your own sling swivels, this fancy, handmade buffalo leather rifle sling is perfect for your Remington 597. Now, you might be asking why go for a pretty leather sling for such a basic rifle? Well, the answer is fairly simple. Not only is this a highly affordable sling, it’s a very attractive Remington 597 sling as well.

The price point and aesthetics make it an easy way to jazz up your rifle, while also adding that sling you were going to add anyway. Sometimes, little touches like a nice leather sling make the difference on a utilitarian rifle, and add a nice touch of personality. All perfectly good reasons to enjoy a Nohma leather sling on your Remington 597. Because, let’s be honest, a lot of the fun in buying and shooting a gun is in the feeling (“romance” is too wimpy a word) you get from doing it. 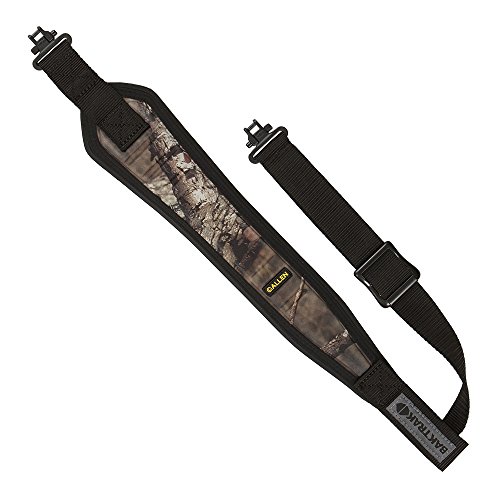 Another great sling for the Remington 597 that is simply a repurposed hunting rifle sling, the Allen BakTrak will make carrying your 597 a breeze. Much like the Blend-In we looked at earlier, the BakTrak makes it easier to safely carry your rifle without worrying about it slipping around all over the place.

As an added bonus, the camo design works well in many hunting situations, and the all synthetic construction makes it perfect for carrying during bad weather, or when you just don’t want to use a leather sling. Plus, it adds a nice touch to an otherwise bland and admittedly somewhat dull looking rifle.

Rifle slings have two purposes. The first is, of course, to make carrying the rifle easier, while the other is to serve as an aid to accuracy. As a simple carrying strap, one could really make do with almost anything. I had a friend who improvised a sling out of a piece of climbing rope on a hunting trip, when we found he’d forgotten to put one on his rifle, and it worked just fine. I used to run what was literally just a nylon strap on my AR-15, but a well-made sling is a joy to use and makes carrying your rifle quite comfortable.

As an aid to accuracy, there are several different ways of wrapping the sling around your supporting arm to help brace your rifle. Some slings are designed to aid in accuracy, although any sling can be used to brace the rifle if you do it right.

When choosing the best Remington 597 sling, the hard truth is that any sling will really do the job. It isn’t a match grade gun, so you just need the basic accuracy enhancing aspects of any sling, and it’s not very heavy, so again, most any sling will do for hauling it around in the woods or along the trail.

That really leaves personal choice and comfort. Maybe a simple leather sling is fine since it adds a certain romance or look to your rifle; you can imagine yourself out on the Great Plains (yeah, it’s a .22 rimfire but your imagination can do wonders), just like smoking a cancer stick can make you feel like the Marlboro Man. Or, if you’re the no-nonsense type, maybe you want to just get some practical. Or you want to splurge on something fancy (in which case, the Blend-In stock [see full specs] makes the most sense). Whatever which way, the choice is yours, and you literally can’t go wrong with any of them.