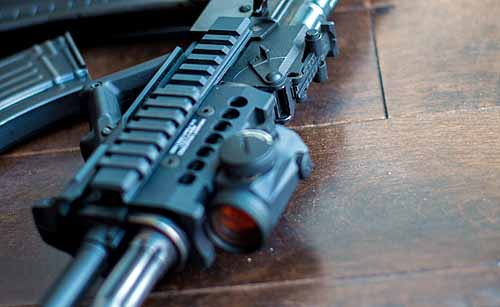 Photo by Cav / CC BY

Micro series of mini red dots (H1, H2, T1, T2, and S1) are some of the most popular, highest quality red dot sights of any size on the market today. Because of this popularity and because every shooter has unique requirements for configuring the height of their red dot, many people are left looking for the right Aimpoint Micro mount.

While some folks are content with a simple mount, others need one that raises the sight so that it can cowitness with iron sights, or simply aligns it better with how they hold their rifle. Whatever your needs though, there are plenty of Aimpoint micro mounts around, and these are the best.

Here are our recommendations for the 4 best Aimpoint Micro mounts on the market: 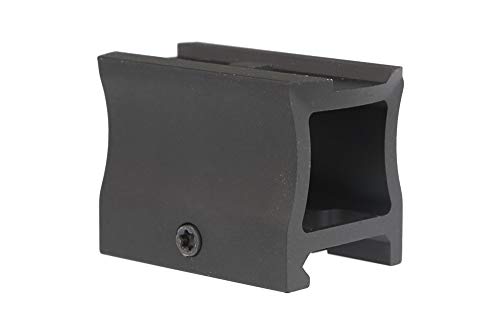 This affordable and rugged riser is among the top Aimpoint Micro mounts in its price range. Made of anodized aircraft grade aluminum, it is designed to cowitness with the lower 1/3 of a standard AR-15 A2 front sight.

The see-through design also allows for use of iron sights if desired. Priced laughably low, this mount/riser is ideal for the budget-minded shooter who doesn’t need a quick detach lever or any other frills or gimmicks for their red dot mount. Priced right and well-built, what more could you ask for out of an Aimpoint Micro mount? 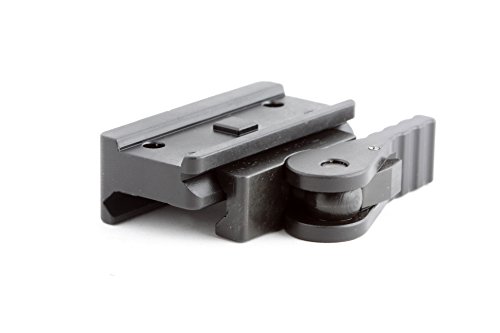 Here, we have what might be the best low-profile Aimpoint Micro mount. Built to exacting, combat-ready standards, American Defense has spared no cost in creating a high end product at a surprisingly affordable price.

This low profile mount is designed for shooters who are not running iron sights and therefore don’t need to elevate their red dot sight. This mount is ideal for three-gun competition shooters, tactical rifles, or folks who appreciate a sleek, simple build. American Defense designed their mount not to require proprietary tools to use, and built an innovative and sturdy quick detach system that will not work its way loose, making it truly one of the best Aimpoint Micro mounts for the money. 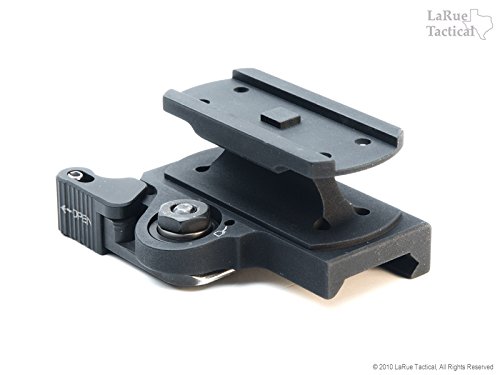 Not all red dot mounts are created equal, and LaRue Tactical set out to build a top-notch Aimpoint Micro mount by developing a unique mount and riser that offers a superior view than other low profile mounts.

Most mounts give you the choice of a very low profile or one designed to allow cowitnessing with iron sights. LaRue (see full specs) understands that many shooters would prefer something in between that also looks good. The end result was a mount that looks great, offers an improved view, and easily returns to zero when removed for replacement. Made in the USA, and shipping with spare screws and Loctite, you’d be hard pressed to find a better mount of its type for the money. 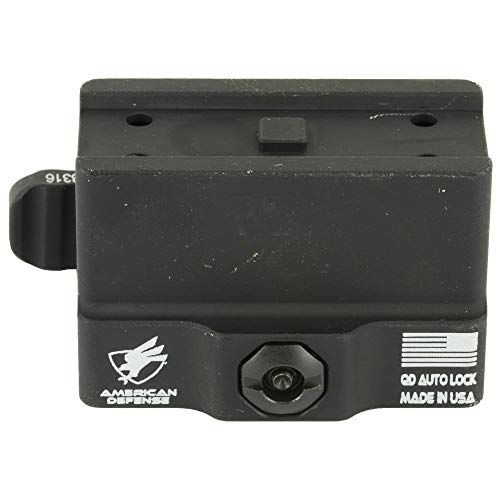 Another product from American Defense, this time running for the best high-profile Aimpoint Micro mount. Designed to more perfectly cowitness with AR-15 A2 front sights than other competing mounts, it is perfect for the demanding gun owner who wants the best bang for their buck.

A unique feature of the American Defense mount is the special quick throw lever that quickly adjusts without special tools to even out of spec rail systems. Some users may object to the lack of a see-through design, but that hardly detracts from the high quality construction and functionality of this mount.

With a quick throw lever, if your red dot fails, you can swiftly remove the entire assembly rather than struggle to use a limited field of vision see through hole. All in all, this is an excellent Aimpoint Micro mount and well worth considering.

And If You Don’t Actually Have an Aimpoint Micro

We recommend the Aimpoint Micro H1 (see full specs). This red dot needs little introduction. While expensive, it is also a superior product built for exacting consumers who demand only the best things for their rifles. Built to be light, compact and capable of being used in the most extreme situations, the Aimpoint H1 Micro is the gold standard by which all other micro red dots are judged.

The Aimpoint Micro is also a very flexible red dot, as you can easily remove it from its mount and quickly shift it to a different configuration, making using it on different rifles or uppers a breeze. Add superior optical quality, and you’ve got a real winner on your hands.

As you can see, most Aimpoint Micro mounts follow a similar theme. All but the cheapest have some form of quick detach lever, as does the factory mount that ships with the red dot. In fact, right now you are probably looking at these mounts and wondering what really makes the difference between them. The short answer is build quality.

The Primary Arms mount is perfectly functional, but offers no added features beyond price point and a see through design. It lacks a quick throw lever, and is best suited for people who do not plan to be removing their optic very often.

The other mounts we looked at all offered quick throw levers. This is useful not only for ease of attachment, but because not all rails are cut to proper spec, and a good quick throw design easily adapts to an out of spec rail.

So how do you choose the best Aimpoint Micro mount for your gun? Realistically, it is the one you like best and that fits your needs as a shooter. It probably will be a quick detach mount, and if you don’t need one to cowitness with irons, your choice is made easier. Buying an American-made product is always an added bonus if you can make that choice too.

All in all, choosing a mount for your Aimpoint isn’t terribly hard. It is mostly a matter of rifle configuration and end use. Any of these mounts will work well and serve you for years to come. Good luck!