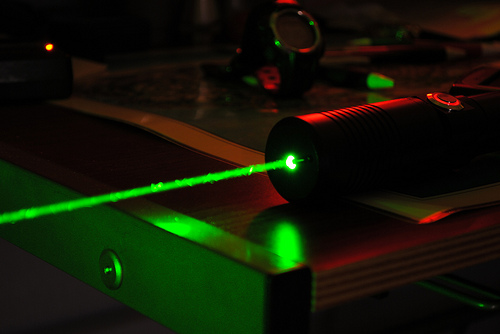 Photo by Andrew Adams / CC BY

the greatest advancements in sighting in a firearm has been the laser bore sight. Spurred on by affordable, compact lasers, the laser bore sight has become a staple among gun owners by offering a rapid way to sight in a rifle without a costly and time consuming trip to the range.

By simply placing a laser bore sight in the chamber of your weapon, and calibrating your sights against a target at a set distance, it is possible to sight in your firearm without ever firing a single shot. Not only that, but it allows you to sight in a rifle from within the comfort of your own home under any weather conditions. Given this, there is no reason not to invest in the best laser bore sighter you can find, and here are our four recommendations.

Not all laser bore sighters are created equal, and the SiteLite proves that. With an ability to be used in any caliber from .22 to .50, PLUS 12 and 20 gauge shotguns, I think this may be the best laser bore sighter on the market right now. Not only is it adaptable for most any firearm but it also includes special software that allows you to print out a zeroing target that is built around your specific gun and type of ammo being used. All this is available for not much dough so there is really no practical reason why you shouldn’t consider buying the SiteLite.
Review of SiteLite SL-100 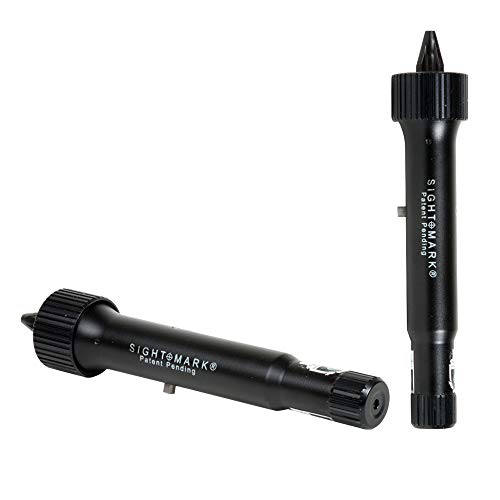 This is a really clever one. While other bore sighters use different adapters to fit in different chambers, the Sightmark is a universal bore sighter that you simply place over your chamber, and the laser will automatically center down your bore. This is certainly the best bore sighter in terms of simplicity and efficiency. Rather than dealing with multiple adapter heads that can get broken or lost, the SightMark permits the use of a single unit for all calibers, and all guns. We all know simple things are often the best things, and the SightMark is both simple and highly effective. 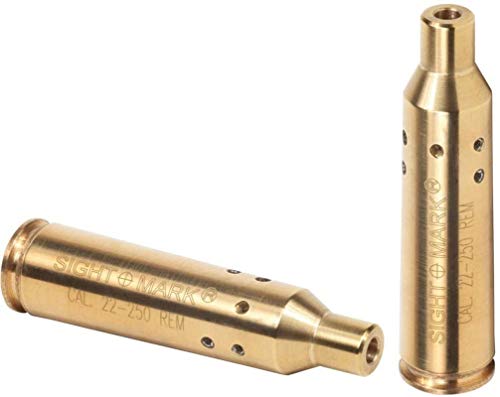 If you just want a laser boresight for one or two calibers or demand exacting precision, the Sightmark rifle boresights are just the ticket. Designed to mimic the outward dimension and look of a real rifle cartridge, these precision machined tools slide right into the chamber and allow you to quickly sight your rifle. While not as flexible as some other systems, there is an awful lot to be said for having a caliber specific boresight, and with sizes ranging from .22lr, to 9.3x62mm, you are sure to find the best laser bore sighter for your rifle at an unbeatable price. 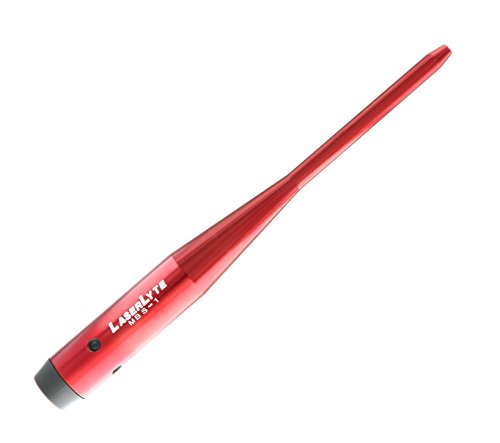 Laser bore sights are fantastic devices, but what if you believe diversity is a strength? Meaning, what if you have a multitude of rifles in a multitude of calibers? That’s where LaserLyte comes in with their Universal Boresight kit. This kit fits calibers starting at .22 all the way to .50 caliber. The universal kit comes with adapters that cover .223, .270, .22-250, .243, .308, .30-06, .338 Lapua, .30-30, ,300 Blackout, 7.62mm Russian, and even more! This makes sighting in a rifle scope a breeze and significantly cuts the time and ammo you spend on the range down to almost nothing. The LaserLyte Universal Laser is an affordable laser bore sight option for your diverse selection of rifles.

A Few Closing Thoughts on the Best Laser Bore Sighters

Ammo is not cheap, especially hunting and self defense ammo. I got tired of sending dollar bills downrange with each trigger pull when trying to dial in a new scope or an entire new rifle and scope combo. One of my rifles has a hard to get caliber (a .30-40 Krag) factory loaded ammo is a bit over two bucks a round, and the prospect of using half or more of a forty dollar box of ammo to dial in a scope I’d paid less than seventy bucks for was daunting.

Instead, I borrowed a friend’s laser bore sighter (and went and bought my own the next day) and after a bit of effort had dialed in my scope to near perfection. I fired five expensive rounds to fine tune the sighting, and several more to make sure I had it where I wanted it. Another gun I sighted in with a laser bore sighter (a 20 gauge shotgun) only took two rounds to get the scope exactly where I wanted it.

No bore sighter will do a 100 percent perfect job of dialing in your gun. While you can use software and careful calculation to account for the particular ammo you are using, you will still need to put a few rounds down range to make sure your gun is dialed in exactly how you want it. What a laser bore sighter WILL do for you is most of the work.

Without a bore sighter, dialing in your scope is a bit tedious, like watching a late night infomercial: sitting at a bench firing group after group, taking measurements, adjusting your scope, firing more shots, etc. I’d much rather jump to the part where I am making the very fine calibrations to finalize my group. For a hunting rifle, final tuning may not even be needed, while a precision target rifle will be largely spot on after a careful laser bore sighting session.

The best laser bore sighters will cover a wide range of calibers. It is rare to find a universal setup that handles .17, but there are dedicated bore sighters for that caliber. Instead, it is standard for them to start at .22 and run up to either .45 or .50 caliber. This covers pretty much anything that may be sitting in your gun cabinet, and a few will even include shotgun adapters, which given the cost of slugs can be a real money saver.

Most laser bore sighters rely on interchangeable heads or arbors which contain the calibrated lens the laser shoots through. These will slide into chambers of various dimension and are built to keep the laser centered on your bore. Once you have the bore sighter installed, simply place your rifle on a vise or other stable surface, and aim it at a test target, and dial in your sights. Nothing could be simpler. Take a good look at a laser bore sighter—I think you’ll be glad you did.