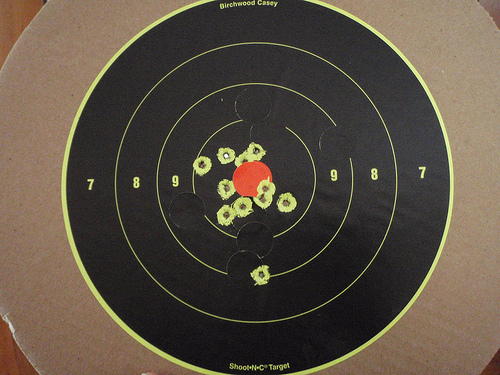 Photo by Snak Shak / CC BY

Mark III is not only one of the most popular Ruger pistols but one of the most popular .22 pistols period. The Mark III is designed to mount an optic with ease and squeezes out every ounce of potential from the firearm. The Mark III is a precise platform so any optic looking to be mounted needs to be precise as well. The optic has to have a long eye relief and should be crystal clear when held in the normal handgun firing position.

As a handgun, the Ruger Mark III has a limited effective range, but when equipped with a magnified optic it’s more efficient and can accurately strike a target at longer ranges. The optic should also feature a precise but simplistic reticle. You aren’t going to be striking targets out to a few hundred yards so there is no need for any additional mil dots or hash marks. A simple reticle is easier to use and keeps the sight picture clear. One of the biggest keys to a Ruger Mark III scope is simplicity.

Here are our picks for the 4 best scopes for Ruger Mark III pistols on the market: 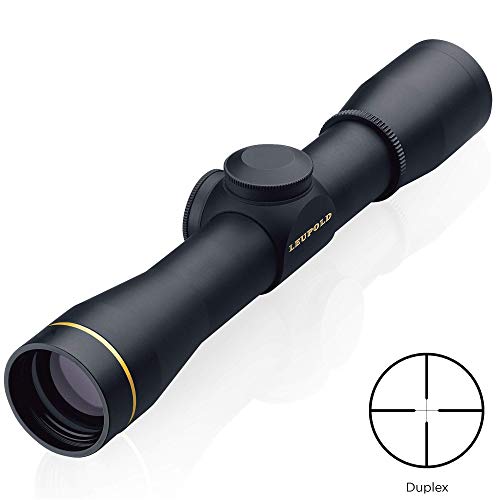 The FX 2 is Leupold’s entry in the growing handgun optics market. Being one of the more expensive scopes, the Leupold is also one of the best choices for the Ruger Mark III. The Fx 2 is a fixed-power optic with a 4 power magnification and a 28mm objective lens. The lens rides a careful balance between light gathering ability, and size. The optic is small enough to be mounted low and close to the core of the Ruger, making it more precise.

The 28mm lens (see full specs) is also capable of gathering sufficient light for hunting in a variety of different times. The lenses are coated with Multicoat 4, which covers the back and front of every lens. This increases the amount of available light for the shooter. The lens itself is part of the Twilight Lens systems which gives them an even greater ability to gather light as the sun rises and sets.

If you are looking to hunt with you Ruger Mark III then the FX 2 is the perfect scope for you. The simple scope reticle makes hitting targets easy, and the wide field of view makes game scouting simple. The Leupold FX 2 is not a cheap optic, but it is an amazing one. It’s, in fact, one of the best Ruger Mark III scopes period. 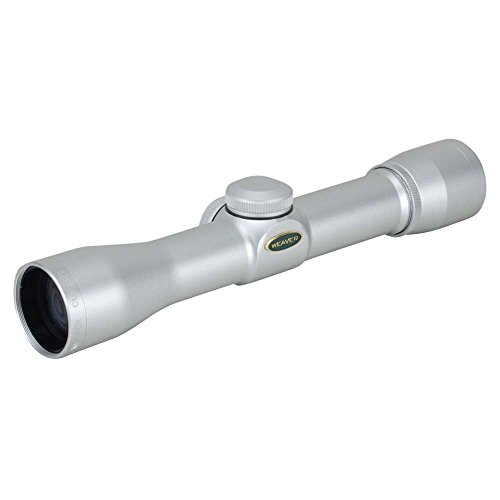 The Weaver Classic has fully multi-coated lenses that provides clarity from edge to edge of the scope. The Weaver also avoids falling into the typical pistol scope trap in which the center of the optic is the only truly bright spot on the optic. It uses a simple reticle with a thin center to avoid covering the target. Overall, the Weaver Classic is an excellent scope for your Ruger Mark III at an affordable price point. 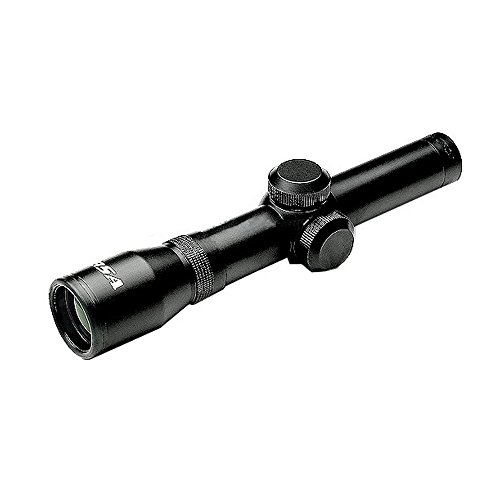 If you are looking to stay within a small, specific budget the BSA Edge is perfect for you and your Mark III. The BSA scope is remarkably affordable and packs a lot of quality in an affordable package. The Ruger Mark 3 is a light pistol, and the Edge only weighs 7.5 ounces. The scope uses a basic 1-inch tube and is compatible with a wide variety of different scope rings.

The Edge is a solid one piece tube, which is a nice feature for a budget priced scope. The scope itself in a fixed power 2x scope with a 20mm objective lens. The fixed power magnification is what makes the scope so small, light and dependable. As a fixed power scope, there are fewer failure points on the optic, making it more durable by being simpler.

The BSA Edge is a little over 7 and one-quarter inches and fits the Mark III very well. The Edge delivers a clear sight picture and narrows the field of view down to increase the overall clarity of the sight picture. The reticle is a very basic and simple crosshair that makes zeroing and accurate shooting simple. If you’re on a budget, it’s likely the best Ruger Mark III scope for the money. 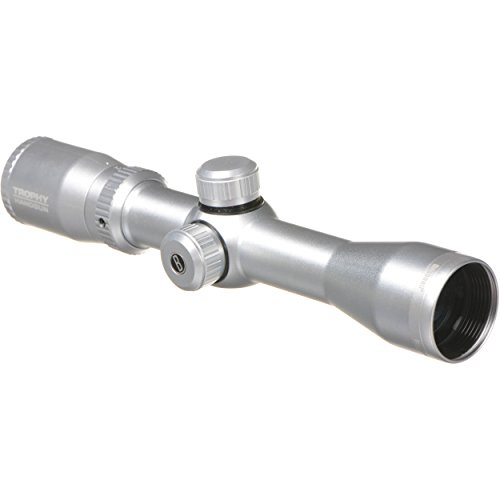 The Bushnell Trophy XLT line is quite popular as a rifle optic and is well proven among its peers. The XLT series continued to and a specific optic designed for handguns has been designed. This is a large scope, but the Mark III platform luckily is large enough to handle it. This is a magnified optic that is a variable optic that can transition from 2 to 6 power with ease.

The Trophy XLT has a 32mm objective lens which is excellent for gathering light and providing a brilliant sight picture. It’s built with quality hardened aluminum and uses a single piece tube for extra strength and precision. It has a variable sight radius as well, which allows it to be used as close as 9 inches and as far as 26 inches without issue.

The Trophy XLT features an easy to use and smooth as butter magnification ring that allows simple, one-handed adjustments. The ring features a small nub that allows simplistic and smooth magnification adjustments. The Trophy XLT features the rain guard HD coating for protection against the elements, and the optic itself is water, shock, and fog proof. It should be on anyone’s list of the best scope for Ruger Mark III pistols.

The Ruger Mark III is a high quality handgun, whose Mark I and II ancestors have served generations of shooters. The addition of a scope lends to the weapon’s ability and potential. Every shooter should learn with iron sights, but the addition of an optic over time makes the weapon a true tack driver.